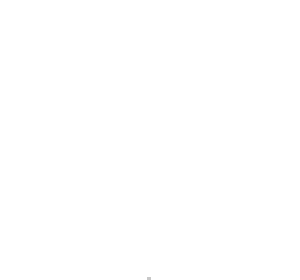 Xerox, President and CEO
Paloma Beamonte took office in January 2010 as the General Manager and Chief Executive Officer of Xerox España. Since then, her main objective has been “growth”, maintaining Xerox's leadership in both large accounts and SMBs, despite the current difficult economic times. To meet this challenge her strategy has been to redirect the company's focus towards the document outsourcing services, providing business processes that make intensive use of documents, this strategy was initiated several years ago and driven further more by the acquisition of ACS (Affiliated Computer Services) in 2010. Throughout her career, Paloma Beamonte acquired an extensive experience in managing human capital over various leadership positions held. In 2000, she was appointed Director of Human Resources and developed several programs of 'coaching' and 'mentoring' to maximize the skills and abilities of all employees. Furthermore, she has also helped in maintaining the global strategy on diversity of Xerox with the development of various programs, such as flexible working hours program or the accumulation of nursing hours to increase the period of maternity leave. Thanks to these and many other programs directed and launched by Paloma, Xerox Spain was awarded this year the ‘Distintivo de Igualdad’ (Equality distinction award) by the Spanish Ministry of Health, Social Policy and Equality (only 36 out of 600 companies presented were able to achieved this distinction). At the present time Paloma Beamonte is the only woman CEO in Xerox Europe, nonetheless, Xerox is a company with a known outstanding tradition of incorporating women in senior leadership positions, as our current Global CEO is Ursula Burns, who in time was succeeded by another woman, Anne Mulcahy, architect of Xerox’s great change to a global services oriented strategy. Paloma’s career at Xerox clearly reflects the company’s philosophy "to nourish talent", as she began working for the company in 1990 as a commercial agent, since then he has been responsible for various areas, amongst them as the managing director of Human Resources, of the Outsourcing Services division and Commercial Channels Distribution. Paloma is from Madrid, mother to three children, and has an experience of working in the IT Sector for over 20 years with an in-depth knowledge of the Spanish market. She graduated in Advertising and Public Relations at the Universidad Complutense de Madrid. From her personality, one would highlight her enormous vitality and her commitment to diversity and equal opportunity, independently of gender.
Return